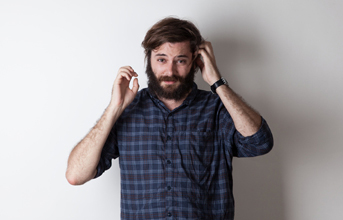 Radek Sidun (1980) devotes himself primarily to fonts and typography. His graduation thesis at the Prague Academy of Arts, Architecture and Design (Graphic Design and Visual Communication, MgA. 2010) dealt with the issue of diacritics in world languages. As a result, he is a sought-after consultant to font designers and foundries world over. He has worked at Cornel Windlin's Zurich studio for two years; he is currently based in Prague. Radek is also a member of the Komfort magazine editorial team. He serving as a pedagogue at the Type Design and Typography studio of the Prague Academy of Arts, Architecture and Design (Umprum). He has received several awards for his various projects, such as a Gold Medal at the European Design Awards 2013 and lately the Certificate of Typographic Excellence 2015 by Type Directors Club for BC News which he designed and edited. He is also a member of editorial and design team of the TYPO9010 book.