In the early 1950s, Czech type foundries were nationalized and merged into a single state-owned company Grafotechna1 located in in Prague. As a result of borders closing in the Eastern Bloc and also due to a lack of foreign currency, the purchase of type, printing and typesetting machines from abroad withered up. Supplies of type quickly deteriorated through use and wear and tear in printing. Production was to be governed for many long years by heavy-handed socialist planning. The Grafotechna type foundry was the only producer and distributor of type to all printers in communist Czechoslovakia.

The head office of the Grafotechna company took place in Prague’s district 4 – Modřany. Due to complete renovation of the area the building disappeared in 1990’, it was the actual end of the company.

A lack of quality typefaces was dealt with in two ways. In 1952, a “Commission for the Creation of Typefaces and for the Renewal of Type Collections in Polygraphic Companies” was established, and its activities resulted in the publication of national typeface competitions. The first of these, announced in 1952, was focused on the creation of classical typeface weights for Czech line casting machines. The other was focused on sans-serif typefaces, with the third was on newspaper typeface. The fourth competition was announced for fine book typeface, and finally in 1968 for typefaces for scientific and technical typesetting2. 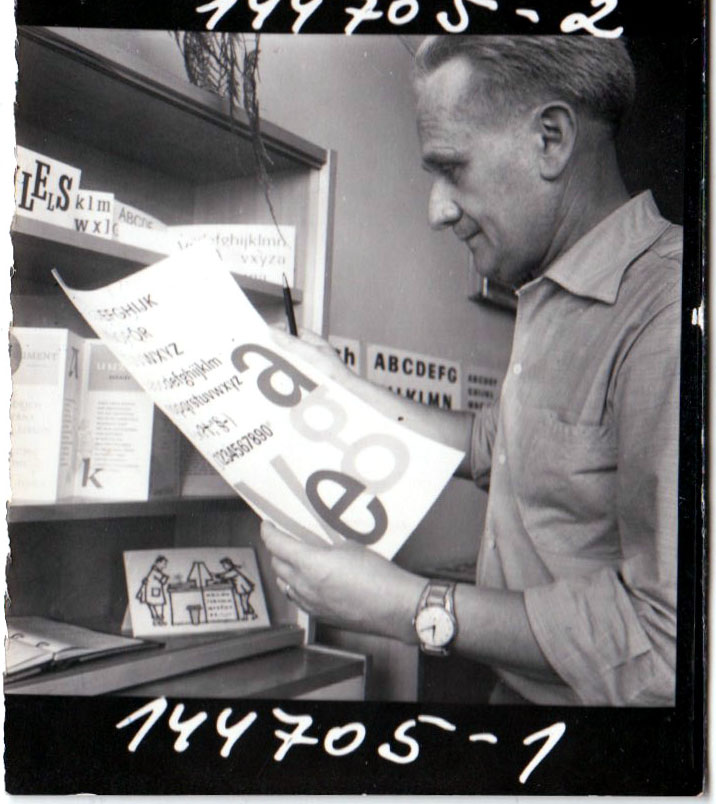 Stanislav Maršo (1910–1976) was a Czechoslovak typographer and graphic designer. He worked as an editor at Typografia magazine from 1934, and was editor in chief until 1941. He is the author of the book O konstrukci tiskopisu [On the Construction of Printed Matter] (1936). In the two decades Maršo worked for the Grafotechna type foundry in Prague, he designed numerous successful typefaces such as the linear sans-serif dynamic typeface Vega (1954-63), the Public serif typeface for newspaper typesetting (1955), the Pražské kamenné title typeface (1959), Maršův Grotesk (1958), one of the most widespread grotesques, and Orion (1960), a bold display grotesque. His simultaneous effort to modernise the drawing of typefaces was consistent with the approach of typographers in other European countries. Maršo’s legacy will be represented at Briefcase by the collection of grotesque fonts, created by our team on the basis of Maršo’s archive.

In the two decades Maršo worked for Grafotechna, he designed numerous typefaces, of which several were successfully implemented. One of the most widespread and best known is Maršo’s grotesque [Maršův Grotesk] from 1957, intended for hand and machine typesetting. Less known are Public4, the serif typeface for newspaper typesetting from 1955, which was implemented on the basis of winning the third competition, and the title typeface Pražské Kamenné from 1959.

But the most interesting was the drawing of the linear sans-serif dynamic typeface Vega for hand and machine typesetting from 1957-63, which was originally designed in a semibold version. Maršo managed to sense trends in book, magazine and newspaper layout, and he tried to adapt the development of typographic letterforms and graphic design with his typeface production. His simultaneous effort to modernise the drawing of typeface characters was consistent with the approach of typographers in other European countries. 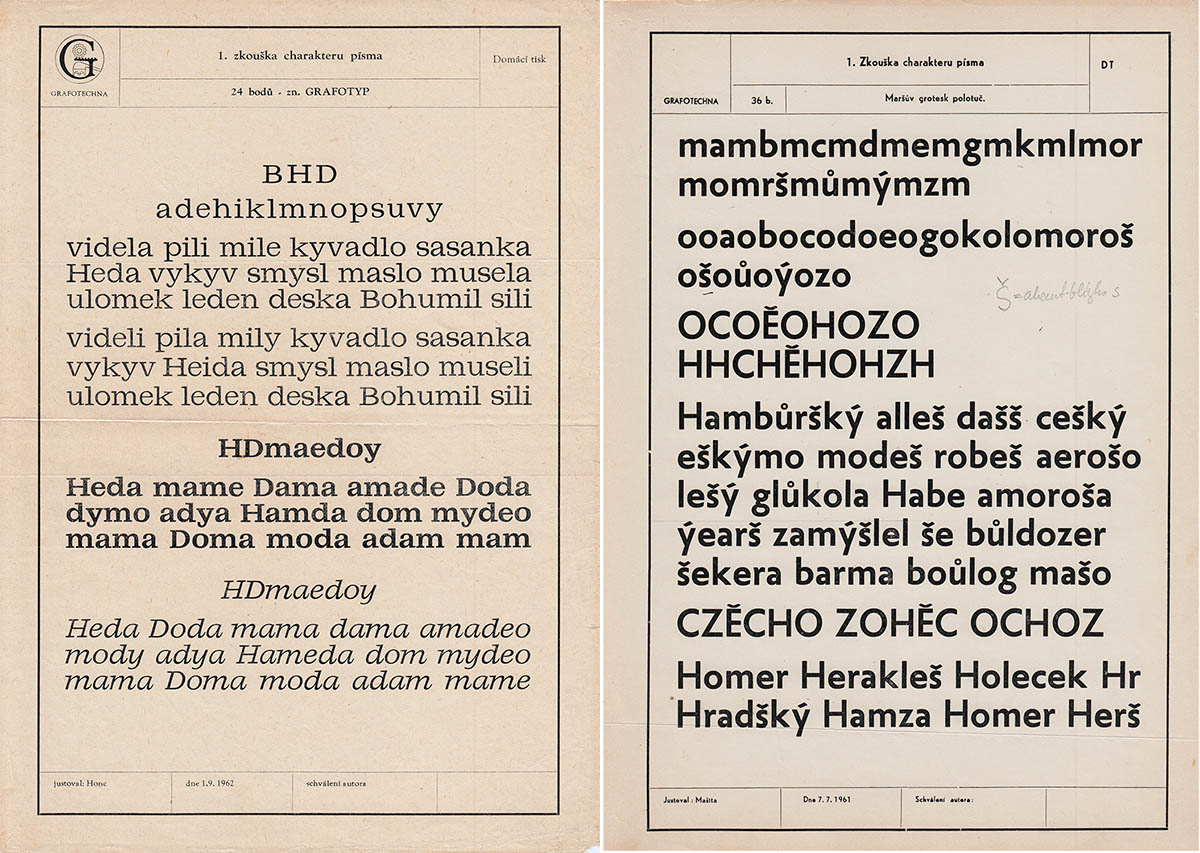 Maršo’s typefaces are distinguished by such things5 as simplicity, geometric proportions and interesting details without unnecessary embellishments. The basic requirements were high demands placed on good readability of the characters and their practicality in typographic setting. One piece of evidence, for example, is the bold grotesque Orion from 1960-62, which despite its character as a poster typeface was intended for use at text sizes for magazine typesetting.

During its nearly 40 years of existence (1951–89), the Grafotechna type foundry produced a number of typefaces. Today these typefaces remain as part of an important polygraphic heritage. At the moment the national company fell apart, everything disappeared with it. The machines were sold off, the type was stolen and sent off for scrap, and the archive probably disappeared in the rubble. Most of the designs, documents and memories were not preserved, and after three decades, everything is considered lost.

In 2018 we managed to discover and carefully examine Stanislav Maršo’s archive, in which after 30 years we also discovered fragments of Grafotechna’s company documentation, including printed matter recording the sale and production of typefaces. We had no idea that such materials still exist and that they could be untouched and hidden. On the basis of this discovery, we at Briefcase immediately set out to uncover individual parts and to work with all of the material. And what is better suited to an inventory of Czech type foundries’ activities than an effort to preserve the history of Czech typeface works?

In addition, a large part of the archive is made up of Maršo’s private, unpublished, unproduced or unfinished typeface designs. The sans-serif typeface Grafotyp, the last of Maršo’s typefaces created at Grafotechna, which he planned to develop for phototypesetting machines, suddenly saw the light of day. It is the first instance of such a typeface in Czechoslovakia, and its existence and analysis alone would be worth its own article. And despite Maršo’s typefaces bearing a strong period character, they can be very trendy today. Work with Maršo’s archive will keep Briefcase busy for a very long time, but it won’t be boring! The digitalisation has just begun… 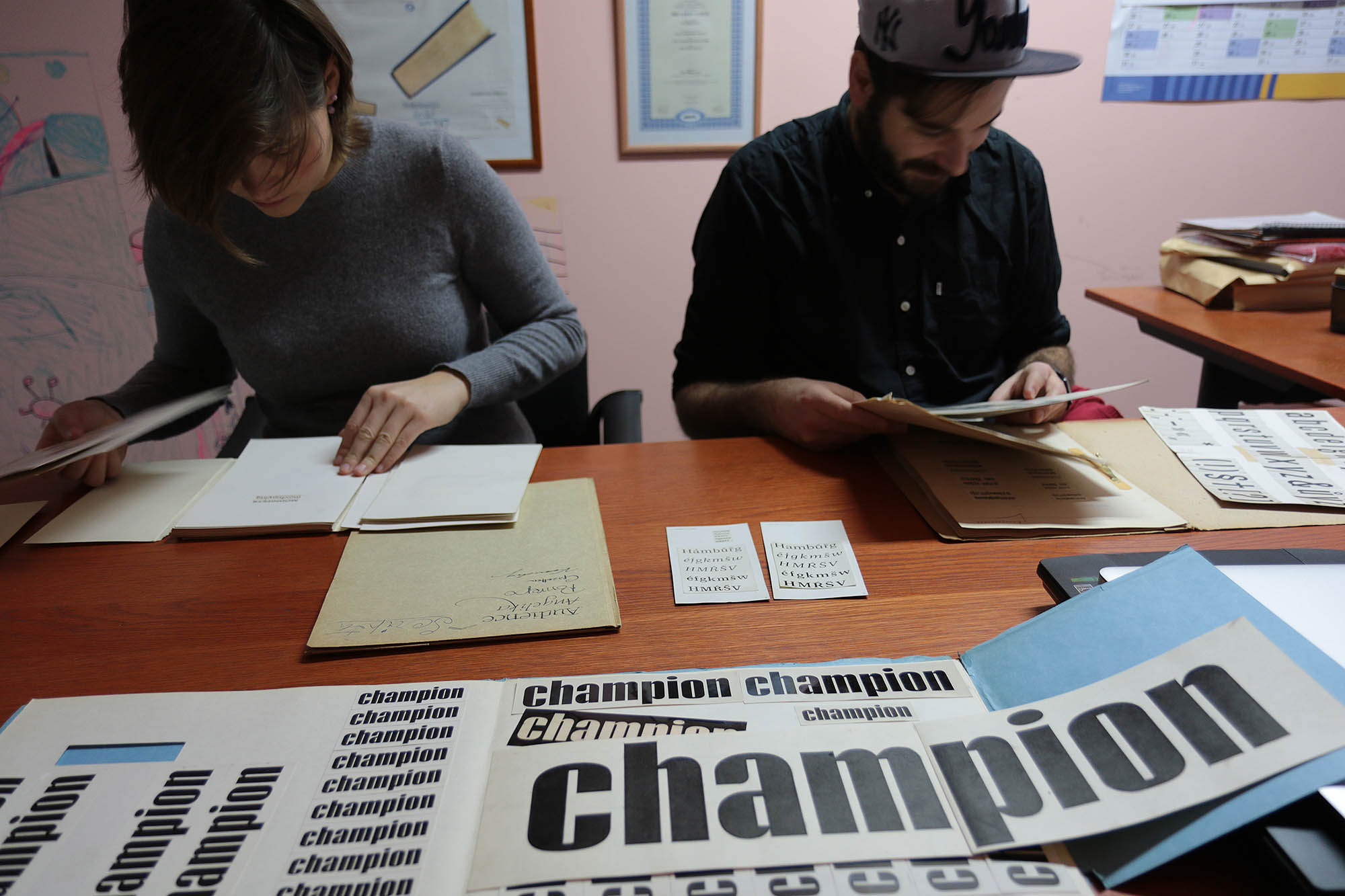