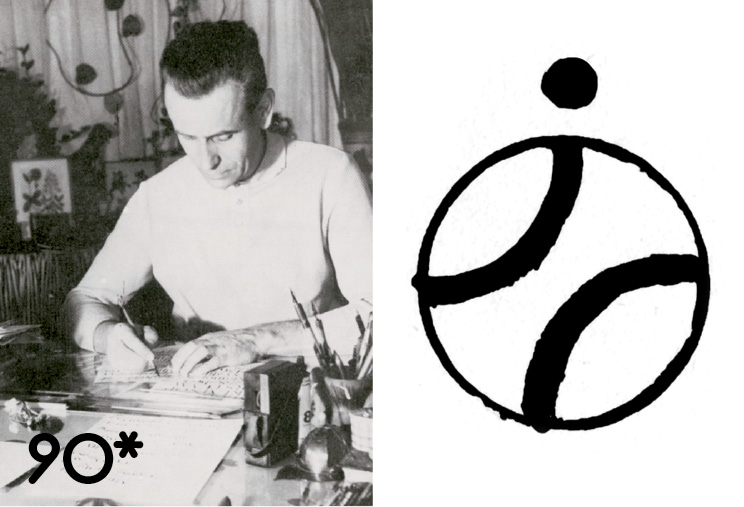 Jiří Rathouský (1924–2003) was a notable Czech graphic designer and typographer. He participated in designing the Czechoslovak expositions at the EXPO 67 in Montreal and at the EXPO 70 in Osaka, and designed the information design for the New Scene of the National Theatre in Prague. Rathouský is well-known for his typeface Metron, designed for the Prague underground transport system. He was also involved in other areas of graphic design, designing film posters and several book editions; Rathouský is also the author of the logo of the Prague football club Sparta. Rathouský's legacy will be represented at Briefcase by the Alphapipe font, created by Radek Sidun on the basis of one of Rathouský's drawings.