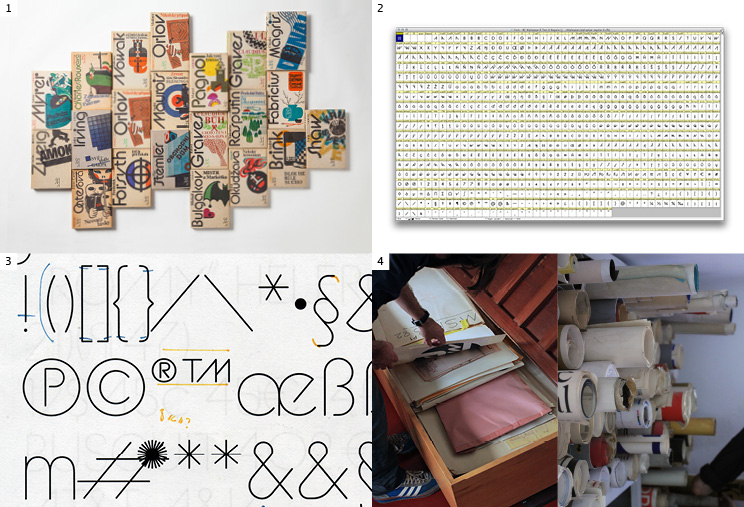 1/Alphapipe is more than just another fashionable alphabet, which have sprung up following the success of the Avant Garde by Herb Lubalin and Tom Carnas. It is one of the first complex systems, based on a number of ligatures and alternative characters, used similarly to current stylistic sets. Thanks to this novel variability, Rathouský was able to choose arbitrary character combinations, so as to achieve the best possible kerning and maximum graphic impact at the same time.
2/The font comes with plenty of various alternatives. Full glyph set contains 840 glyphs.
3/Radek’s corrections of Alphapipe Thin.
The basis of the font is simple geometric construction, derived from the shape of a circle. Majestic uppercase letters feature accentuated width dynamics, as such referring to old inscriptional majuscules; lowercase letters have increased x-height.
4/Jiří Rathouský’s archive in his home hides many sketches. While Jiří Rathouský made do with one typeface, his digitised legacy goes further, offering five weights with Italics, thus further expanding the application options.
View all posts...