Welcome to Jaroslav Benda’s improvised library. But don’t be confused – our goal isn’t to primarily present either his book work or his graphic design. We especially want to consider his typography and use of typefaces as such. Ninety one publications arranged in chronological order, representing roughly one-third of Benda’s book work, serve here as an example where the specific approaches and principles of his work are well-recognized.

Benda’s typefaces can’t be easily categorized according to established definitions. Despite this, books in the exhibition are divided into six autonomous groups named Block, Serif, Poster, Freehand, Sans-Serif and Book typefaces. In addition to the general context of the period, we will primarily try to get closer to Benda’s personal approach to typography and type design.

Benda designed “new” typefaces for almost every cover exhibited. His book designs therefore represent an archive of a large number of small-scale original typeface designs, with a number of innovations and details, as well as fragments of typographical systems which were never cast into type.

Jaroslav Benda became a source of inspiration for not only his peers and students, but also for the generations of artists who followed. Of these, Josef Týfa and his Juvenis typeface must be named, as well as Jiří Rathouský, who called upon Benda’s morphology in the faces Intergothic Titling and Barell Gothic. If we were to set out on a path back along the trail of important Czech typographers whose work shows respect for the legacy of authors from previous generations - which would mean on the path once trod by Oldřich Menhart, Josef Týfa, Jiří Rathouský, Jan Solpera and other important Czech type designers - the path would lead us back to Jaroslav Benda, logically and without many turns. 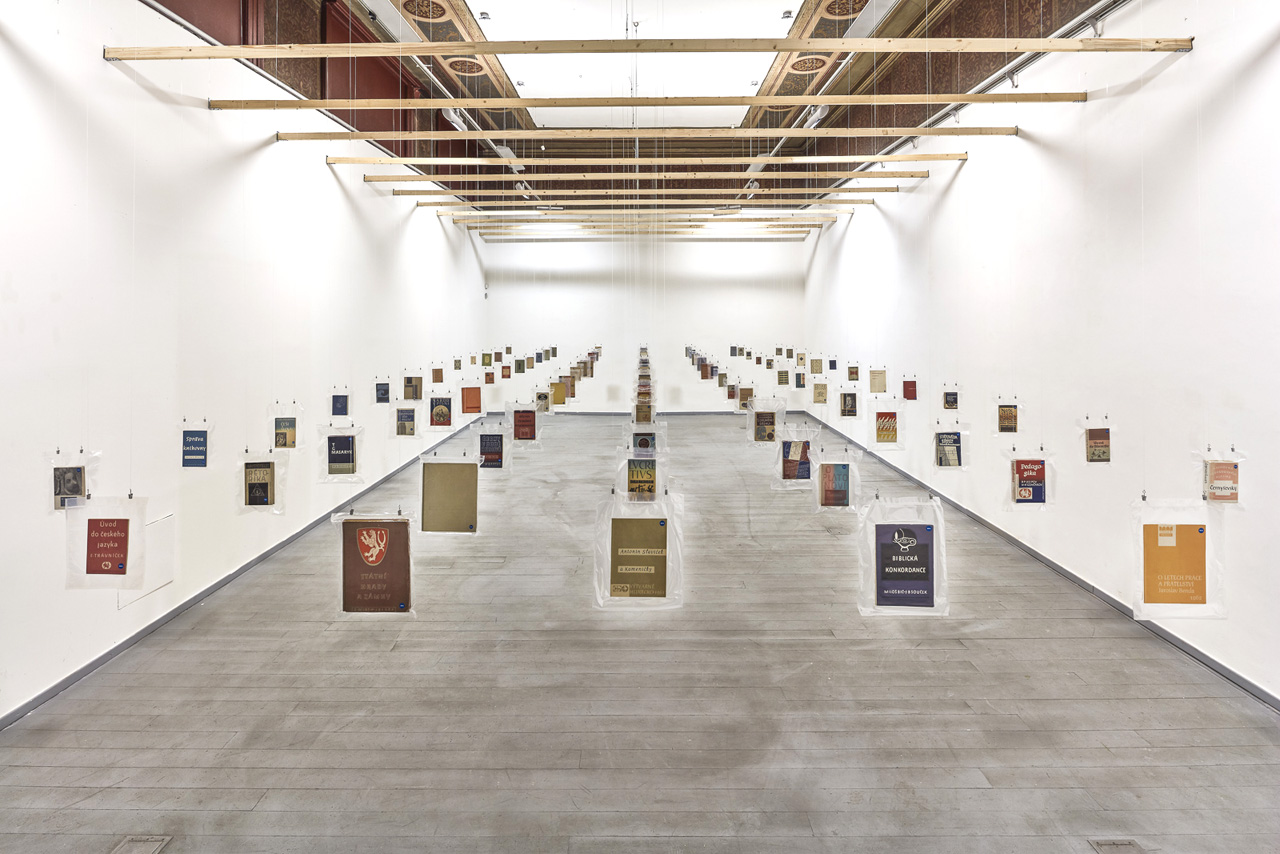 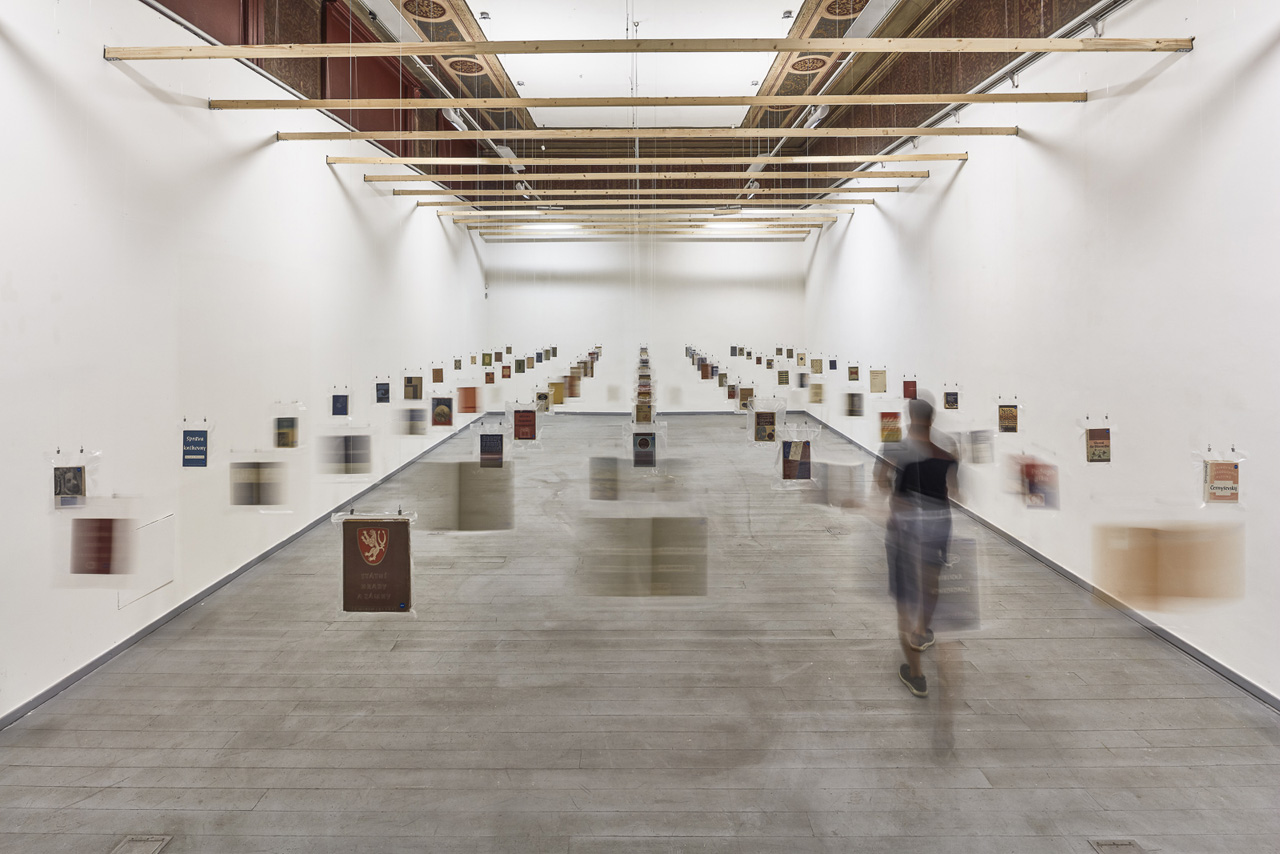 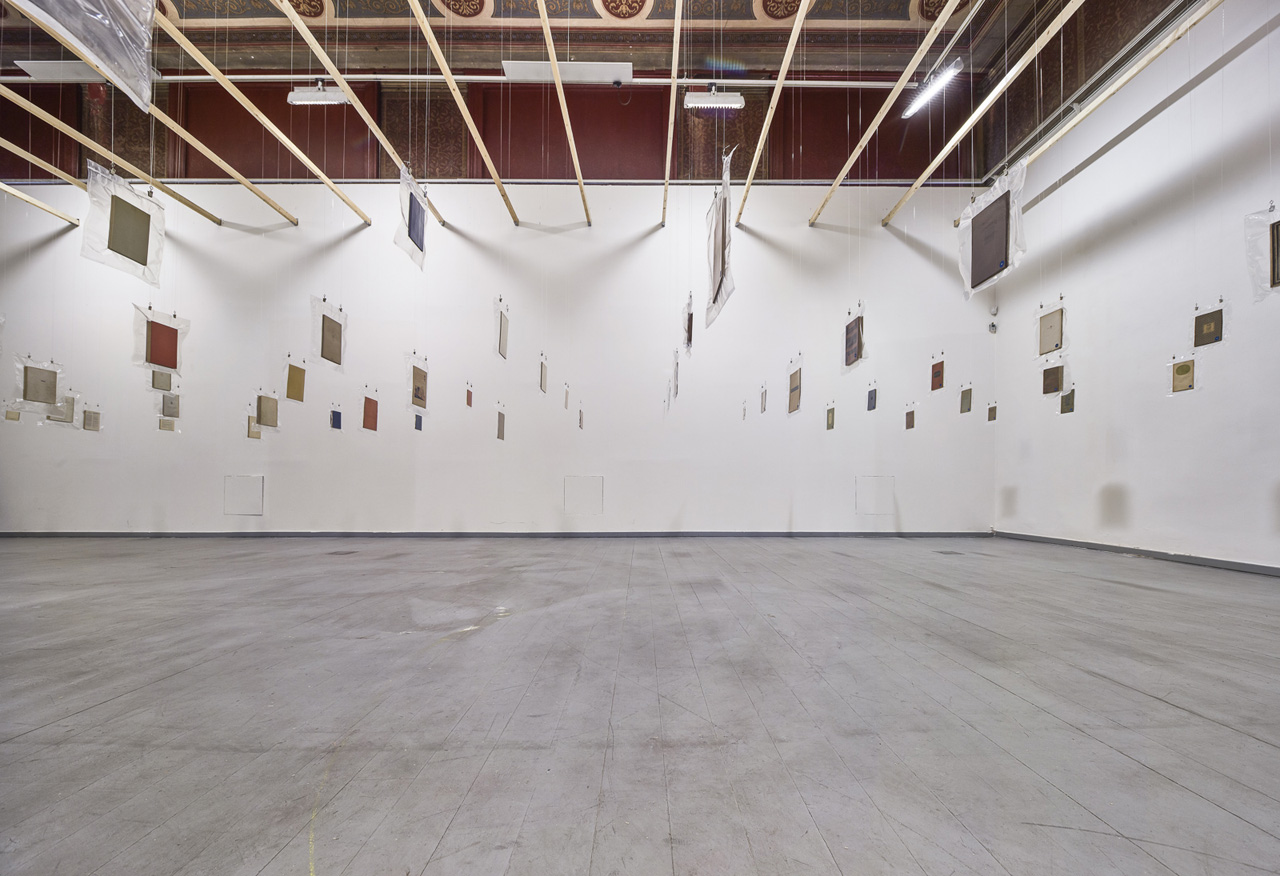 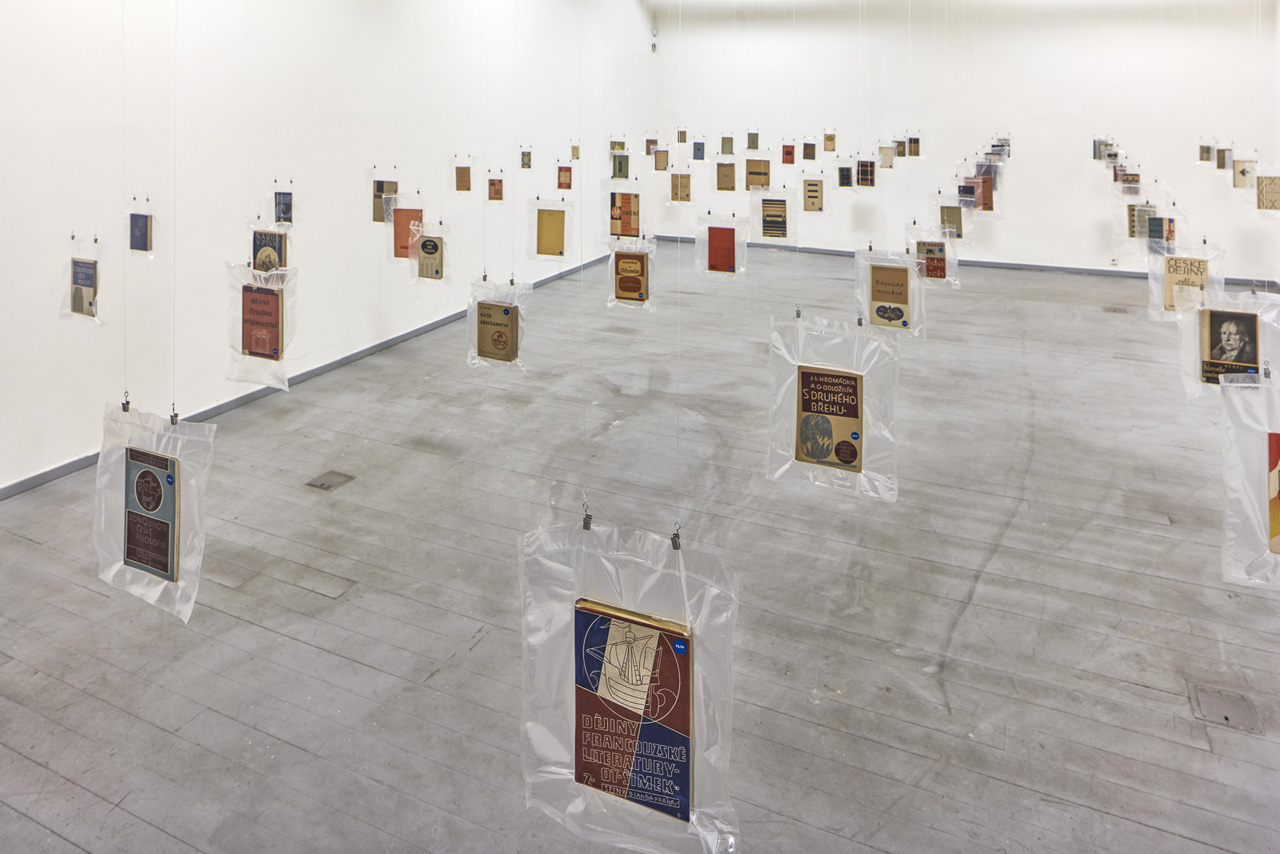 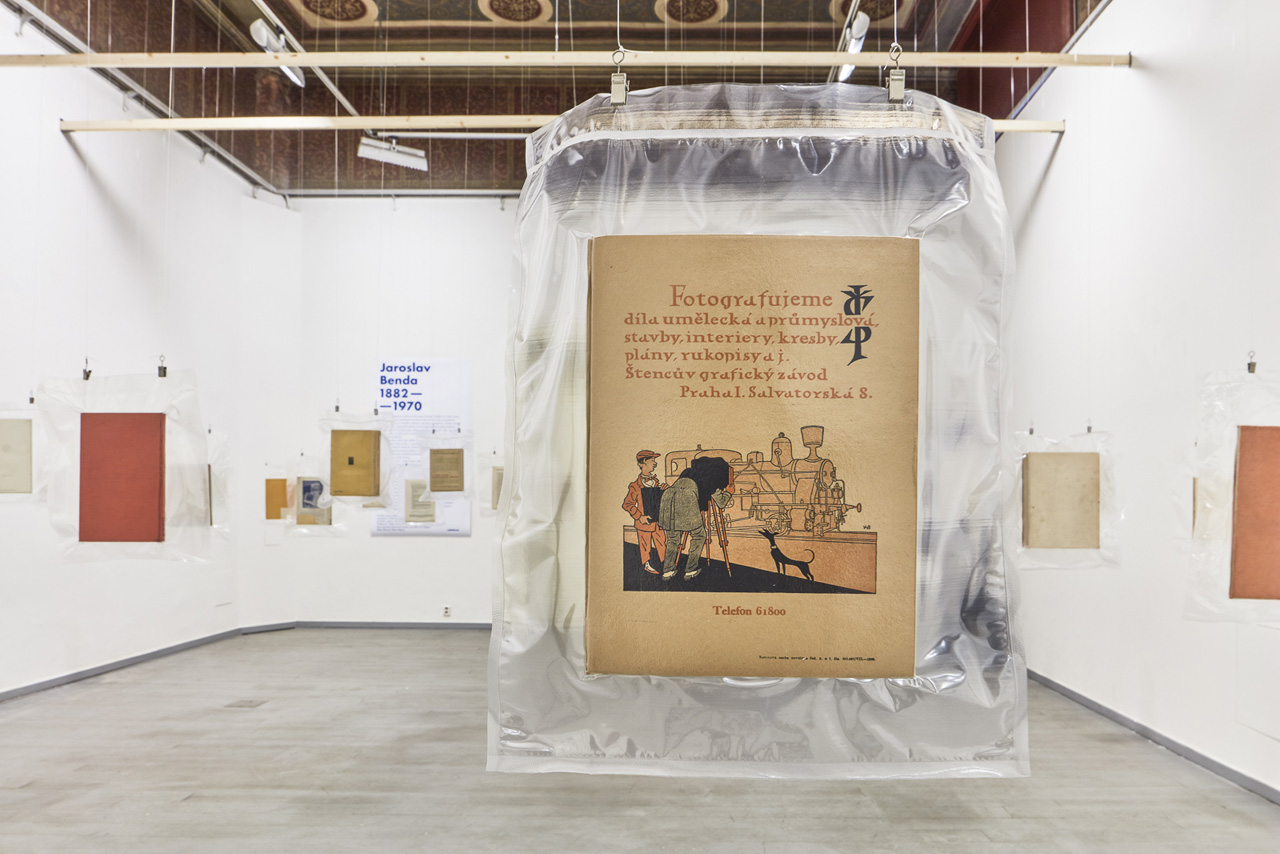 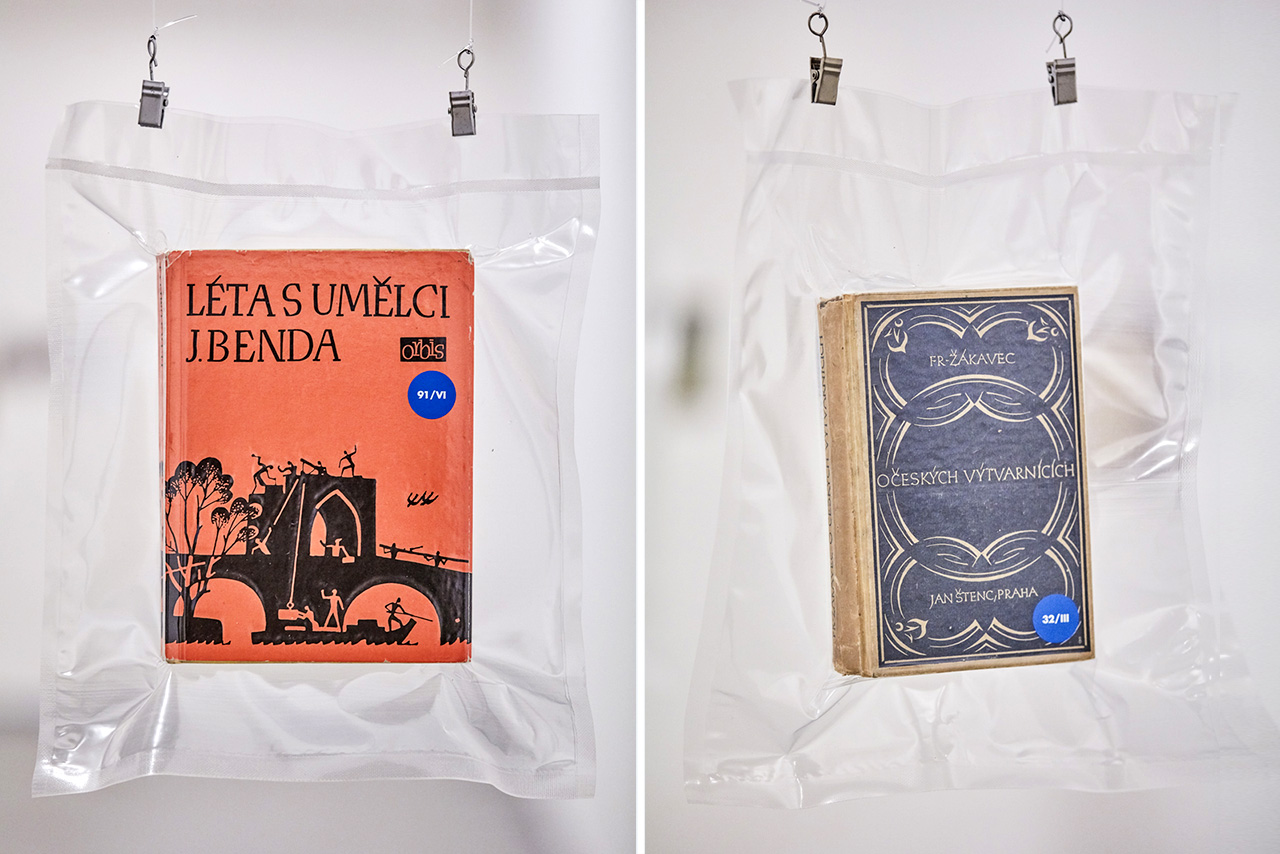 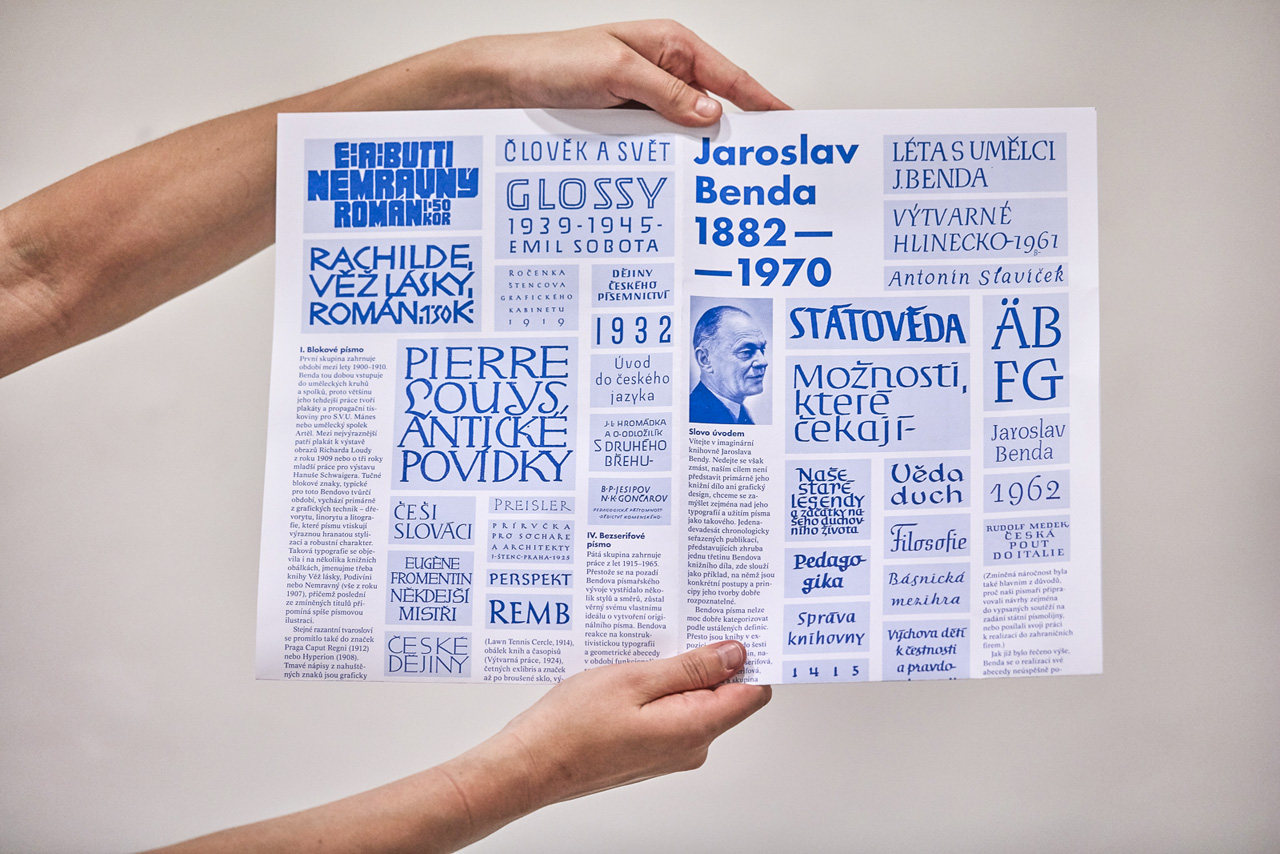