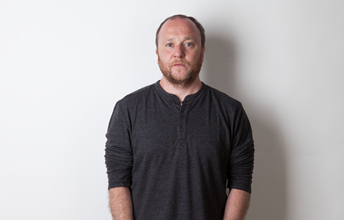 Marek Pistora (1973) studied the Academy of Arts, Architecture and Design in Prague. He participates in the creation of the Živel magazine and was the Art Director of the Reflex magazine from 2001 until 2008. He has exhibited his works as part of the Experiment and Typography project at the Brno Biennial. Since 2011, he collaborates with the Najbrt graphic studio. He had designed several custom typefaces.