Minim is something of a hybrid which attempts to explore the possibilities of the variable format, balancing between the analogue past and digital future, standing precisely on the line between readable type and letter experiment. Minim is a variable font designed for typesetting at miniature type sizes. Its drawing is based on knowledge gained from setting and printing metal letters; small defects often occurred, most often when pouring ink over the characters. These errors gave rise to ink traps, i.e. mechanically expanded spaces for ink or black colour to physically and optically pour into. Although ink traps are unusable for their original purpose in a digital environment (there’s no ink to pour), other problems emerge in displaying characters and their readability, which must be preceded by the construction of the characters themselves. 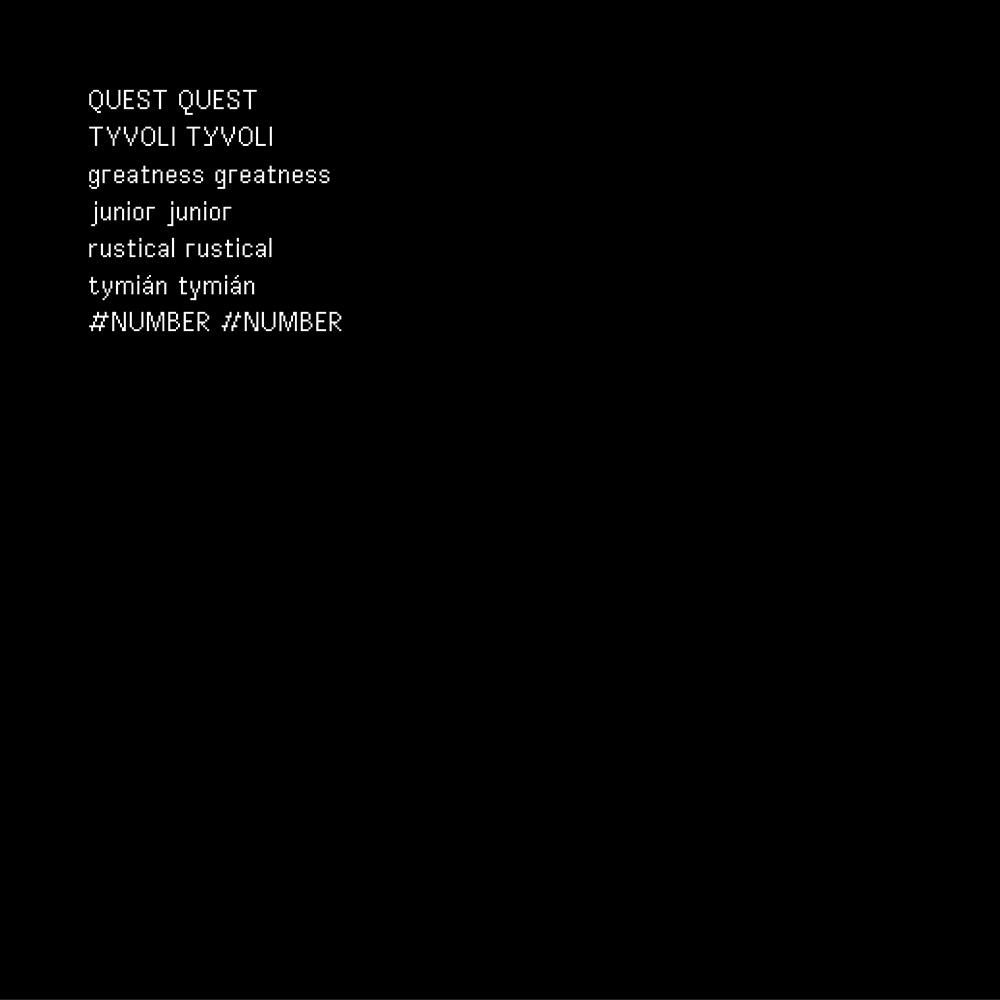 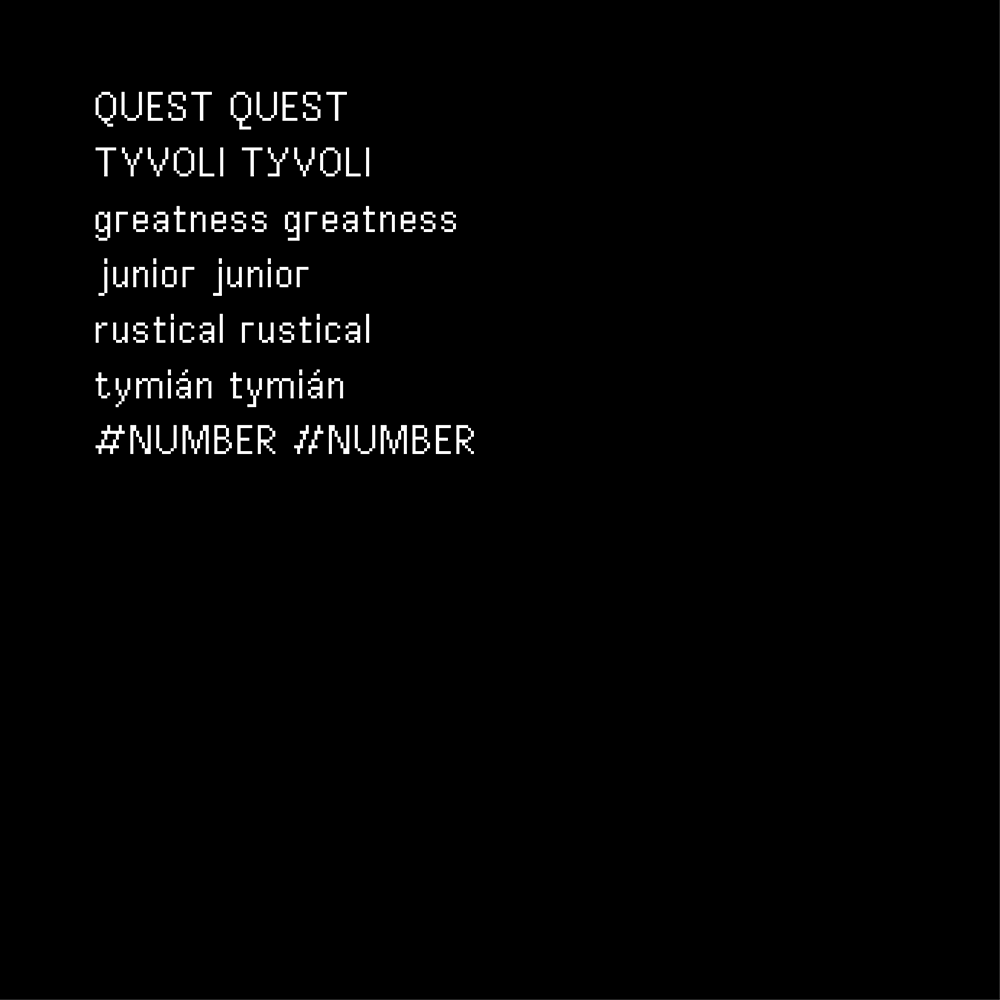 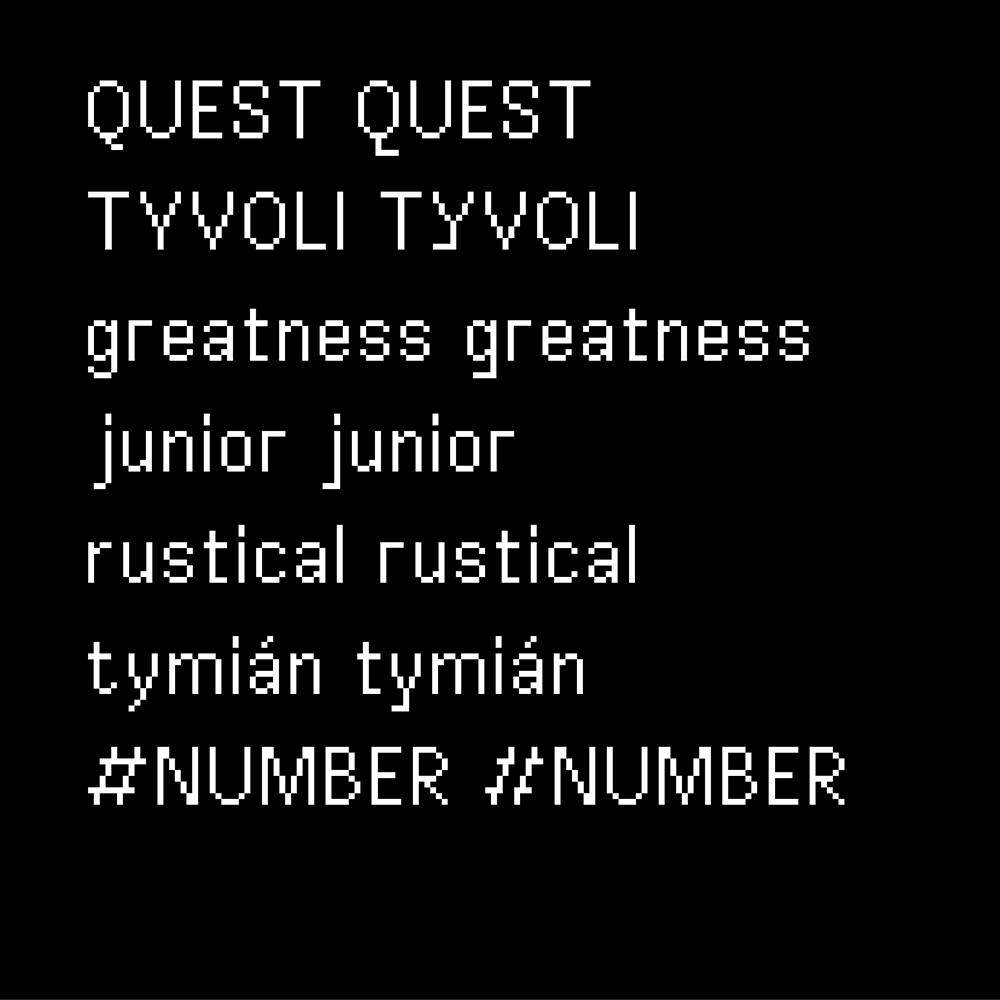 Several examples of typefaces that are technically subordinate to readability can be found in recent history. This starts with the Bell Centennial typeface (1978, Matthew Carter) for extremely dense text in the telephone directories of the AT&T Corporation, which is optimised for reading micro texts by markedly narrowing the characters and using pronounced ink traps, and continues to Georgia (1993, Matthew Carter) and Verdana (1996, Matthew Carter) designed directly and primarily for reading on monitors and computer screens, to fonts subordinate to the greatest possible readability on the web. A highly-developed solution was presented by Frere-Jones Type, with their Retina MicroPlus font (2016, Tobias Frere-Jones). Extremely reduced character shapes for sizes from 4pt to 2pt (!) were then presented by the French typographer Thomas Huot-Marchand with the Minuscule font (2002–5, Thomas Huot-Marchand).

The drawing of the Minim typeface was created mathematically on the basis of a square pixel grid. The default weight for forming and verifying the pixel base was Minim Light, then the drawings were converted from a pixel base to outlines. Later modifications of the typeface have already moved away from a literal grid of squares, and a new, modified drawing of a linear sans-serif neo-grotesque has been created. The resulting drawing is, therefore, a compromise between a mathematical construction and optically balanced characters. 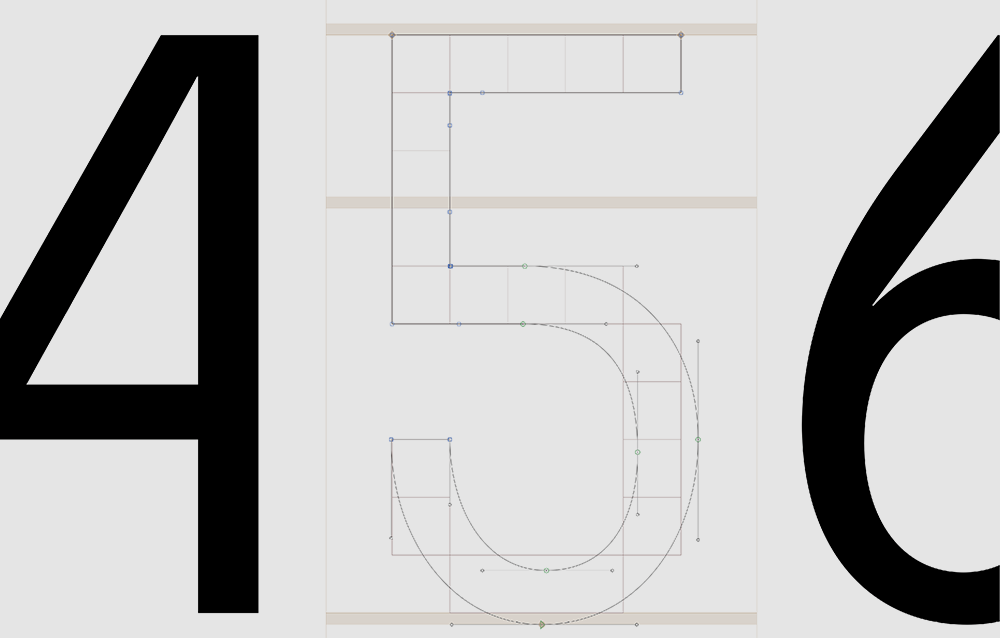 The smallest number of pixels that do not subject the character to deformation is a grid of squares 7 squares high for medium height and 10 squares for capital sizes. 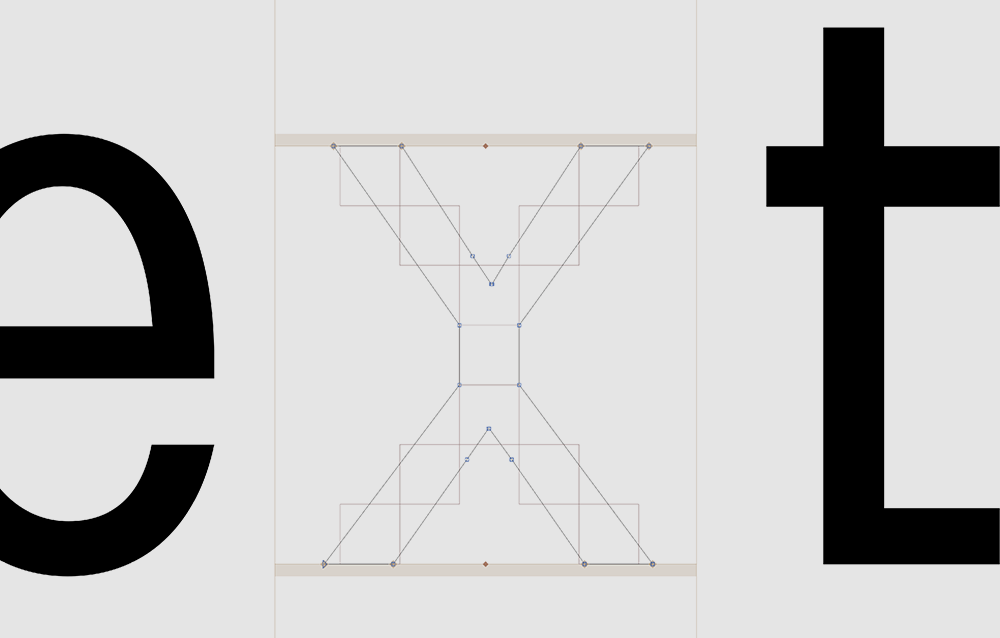 The smallest number of pixels that do not subject the character to deformation is a grid of squares 7 squares high for medium height and 10 squares for capital sizes.

For Minim, there are characteristic right-angled broken stems (“f, g, j, r, t, y”), which prevents the possibility of confusion with other characters (“y” versus “v” for example, or “j” and “i”) in small sizes. It also contains a standard stylistic set with rounded character drawings. Character recognition is aided by a higher x-height, angled dots for diacritics and punctuation, and a differing upper stroke for the number “1”. 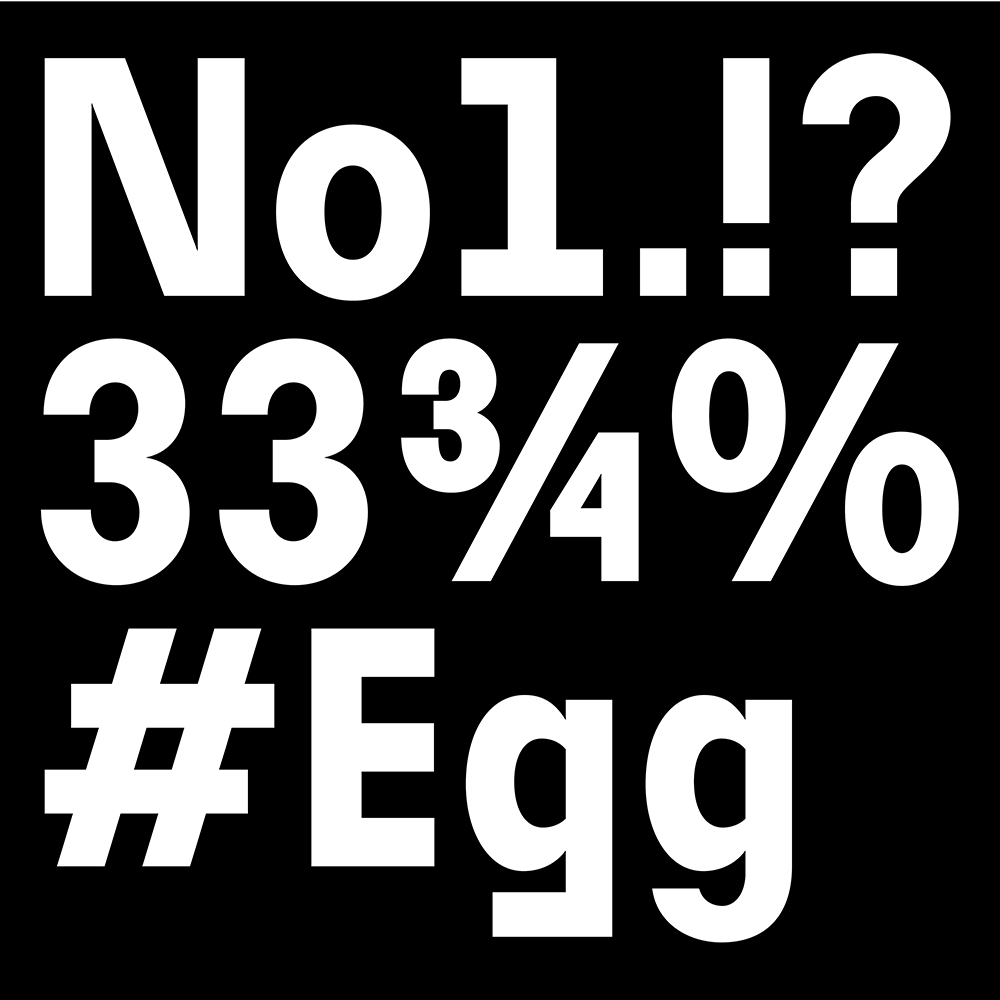 Some stems are deleted for darker characters (hashtag, percentage, fractions, ampersand). What emerges from the pixel grid is lighter, more spacious metrics. 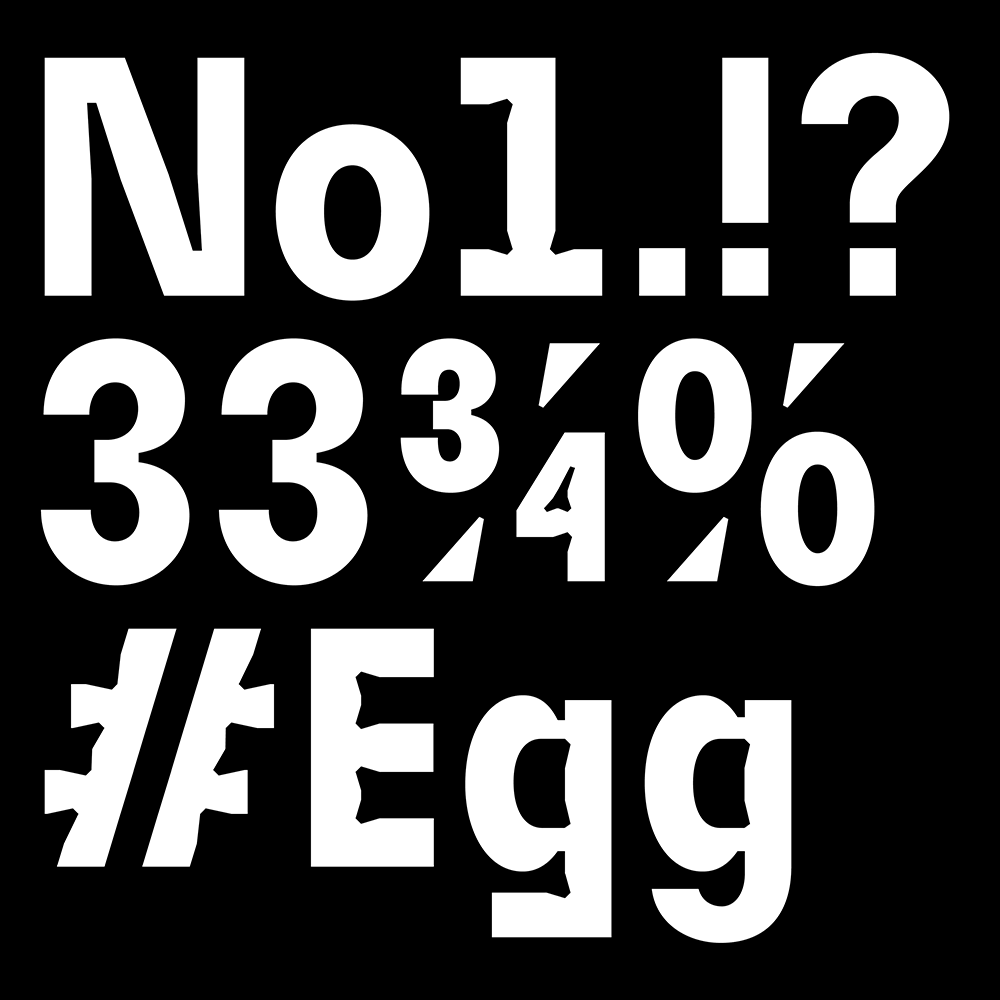 Some stems are deleted for darker characters (hashtag, percentage, fractions, ampersand). What emerges from the pixel grid is lighter, more spacious metrics.

Minim approaches the issue of rendering with a great technical advantage – the variable font format, which enables precise typeface shapes to be generated for a specific size and, at the same time, to be taken to the greatest extremes in its drawing. In the case of the variable format, ink traps can be enlarged instantly or completely set into the drawing. Varying the notches goes in large part hand in hand with the technical use of the typeface. The fluctuating levels of print outputs from lower quality printers (such as at home) can be altered by the extent of enlarging or shrinking the notches so that the resulting print is as good as possible. Ink traps work with a certain similarity on the screen (optically), but on a different scale of course – they become more of an artistic bonus usable in display and headline sizes.