The Trhan typeface was conceived in a similar fashion to the designer’s other typographic projects: quickly, on a sudden impulse and on the basis of a simple idea. The letters were torn into pieces of paper with nail scissors and then scanned with minimal post-retouching afterwards. It invites you for a journey back to xeroxed zines, where a distinctive designer font and the joy of a black and white photocopy is more important than clinging on to lamentably regular typesetting con­vention.

A poster advertising the book World of Post-Modern Games, illustrated with Trhan; designed by Petr Babák; 1994. 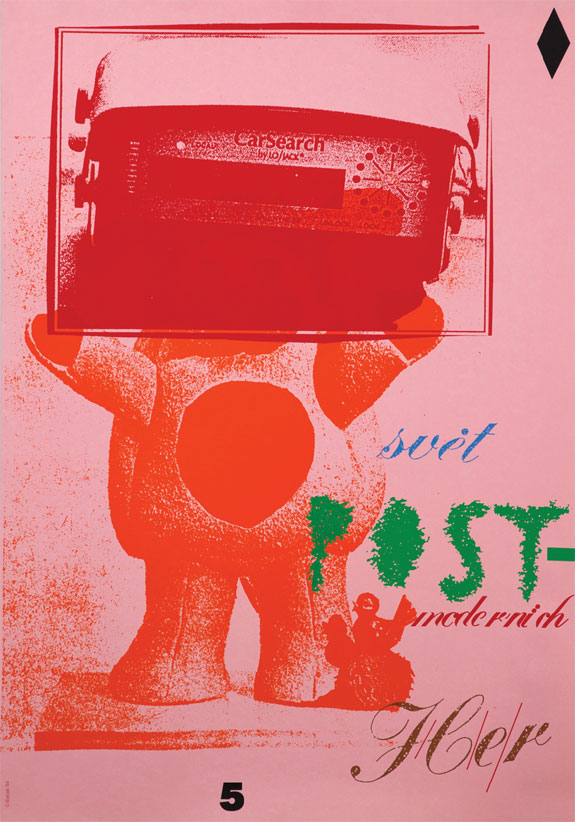