In the sixth issue of Živel magazine, which came out in the spring of 1997, Vafle by Marek Pistora first appeared. The inspiration for its name was pretty straightforward – the typeface originated from the digitisation of an insignia found on Luftwaffe airplanes, where it originally would have conformed to some Deutsche Industrie-Norm. Vafle is soulless, purely utilitarian, plain. Two versions were created – Vafle Round and Angular.

Marek struggled his way through fleeting typographic creations and installed an authoritarian rule of simple planes and geometric sections. Here, the new titling face Wafle Two came to life, followed by Wafle Stencil, the latter being some sort of interpretation of the original Vafle spirit. The two concepts met in the form of a rectangular sans serif with pleasantly rounded curved strokes. The face included a lower case, and although the characters’ proportions were well balanced, the occasional threats remained. Over the course of five years, the face convincingly demonstrated its simple force and helped define the graphic identity of the magazine.

At the turn of 2005 and 2006, Wafle Two had a facelift. It was necessary to carry out some minor corrections in the proportions and weight of the upper case, lower case and numerals. Missing glyphs were added to the char­acter set, along with accented characters or most Latin script languages. The resulting face was finaly named Vafle Classic. Similarly, its stencil version, Vafle Stencil, adopted the new and complex morphology. The family was further augmented with a number of new members. Vafle Blindy has filled-out counters, Vafle Scratch features scratches and Vafle Shadow casts an elegant shadow. This last variation can be used independently or in combination with Vafle Classic. In the monospaced version, Vafle Mono, all the letters take up exactly the same width. Vafle Tape’s corners are angled instead of rounded, as if the characters were constructed with folded tape. Vafle Small Caps enhances the family with a set of small caps which have the exact same x-height as the lower case, thus allowing unicase setting by combining it with the Vafle Classic lower case. Vafle Condensed and Vafle Extended are – typically – condensed and extended iterations of Vafle Classic. Vafle Egyptienne features square slab serifs, adding a slab variation to this sans serif family. Arrows, frames and other assorted glyphs are accomodated in the Vafle Picto font. The Vafle family is a versatile companion for the design of magazines, books, posters, or complete corporate systems. 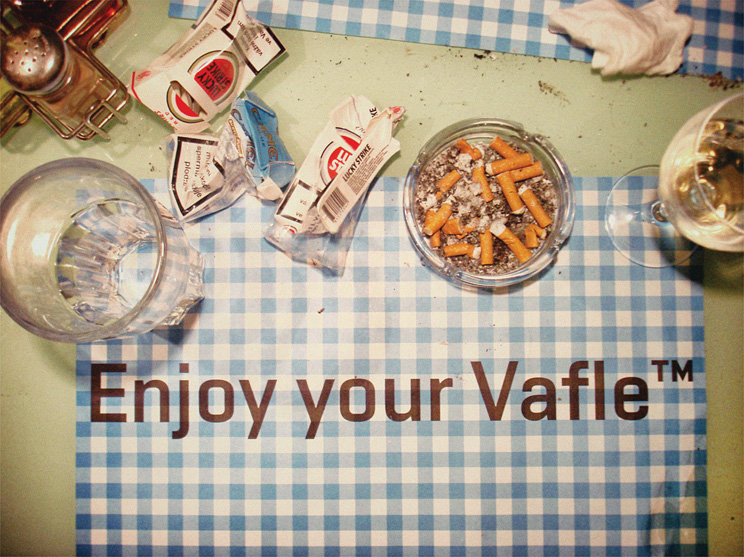 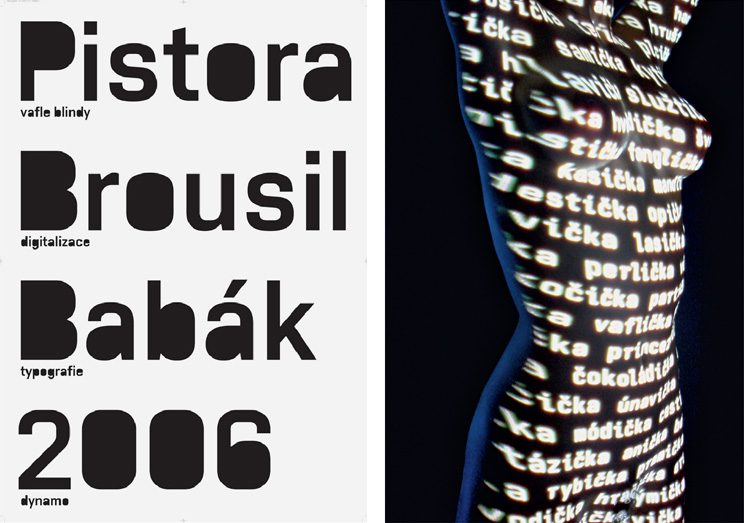 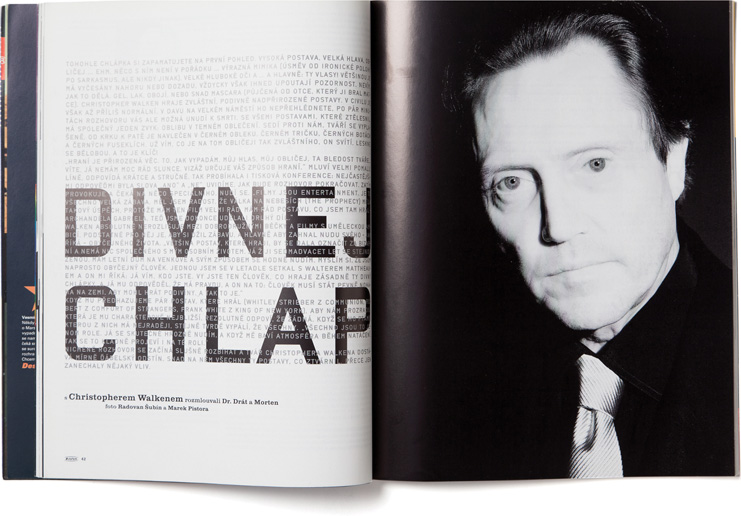 The original version of Vafle was substantially different to the current one. It was a favourite of Marek Pistora in the nineties; he used it in several magazines. Živel issue 8; 1997. 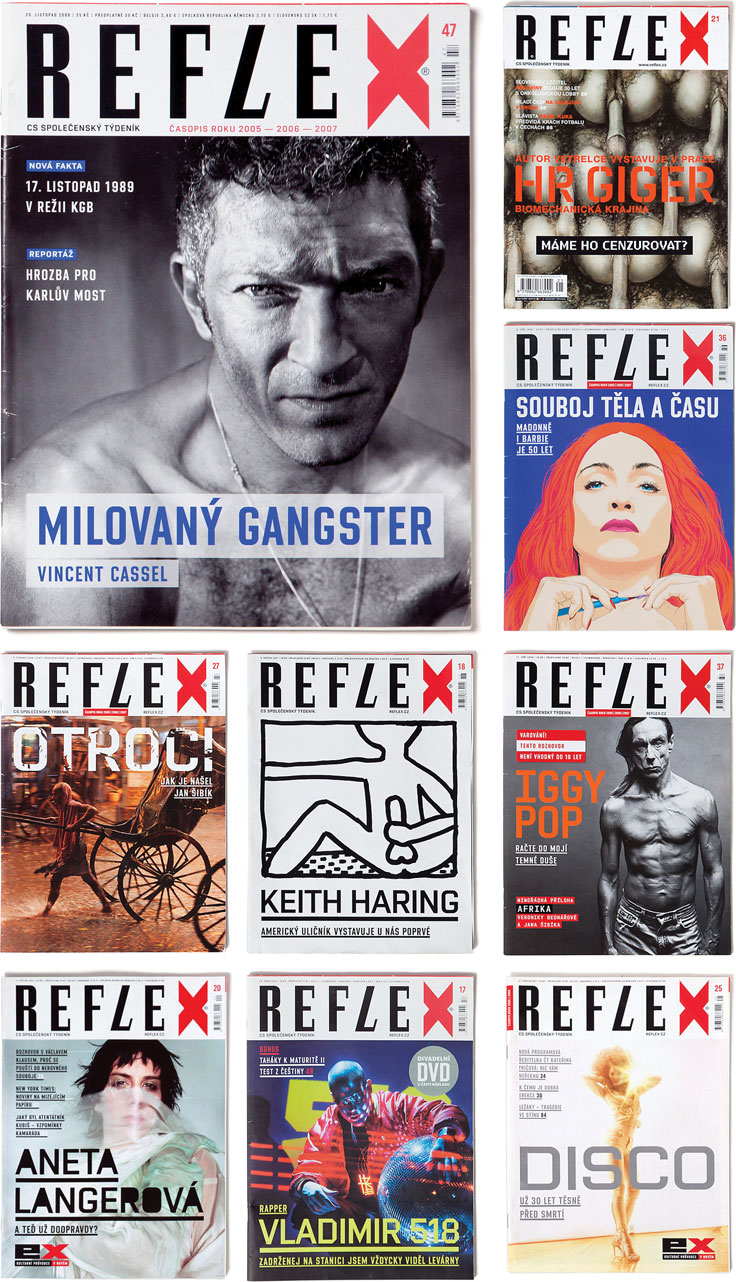 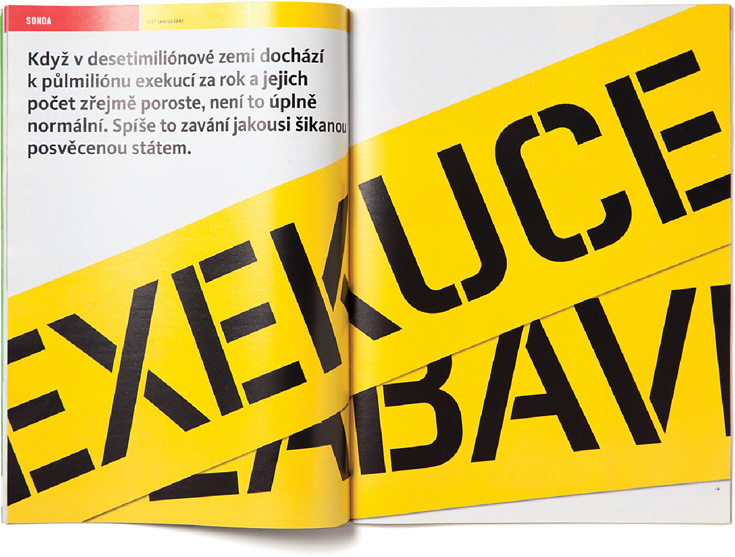 Marek Pistora served as art director of Reflex magazine between 2001–2008. During this era he designed more than three hundred issues. 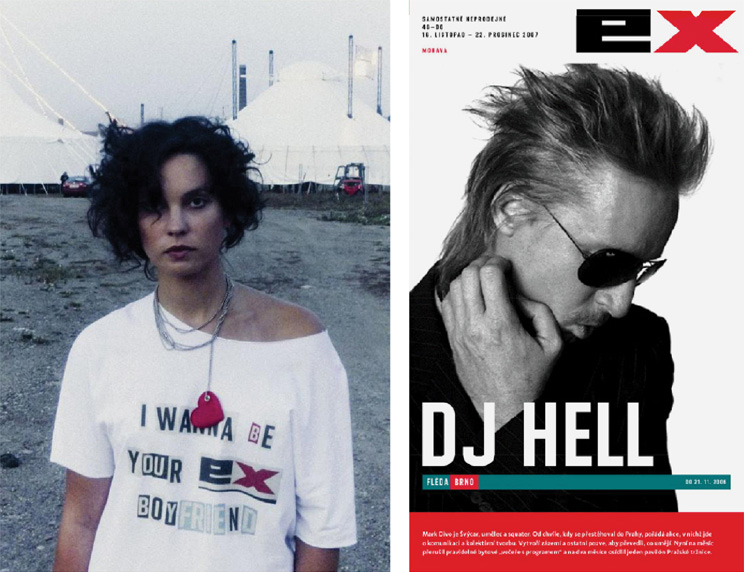 A collection of T-shirts and dresses from the I Love Your Boyfriend collection, designed by Ondřej Formánek for the Leeda boutique; use Vafle font & logo for the EX cultural supplement of the Reflex magazine. EX was designed by Marek Pistora in 2006. 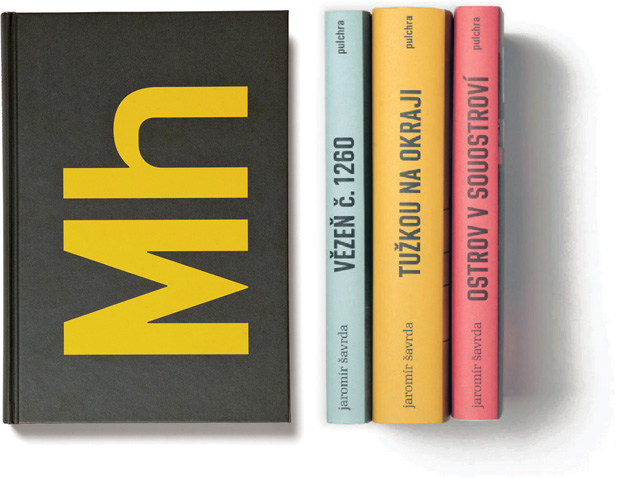 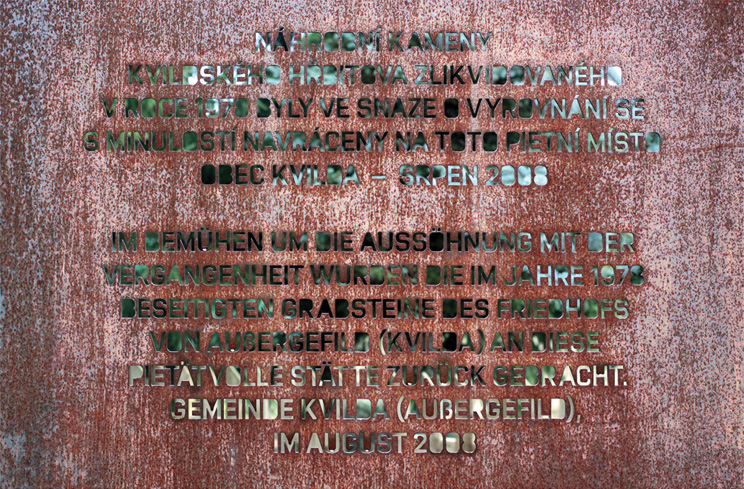 A metal memorial plaque, utilising the effect of the Vafle Blind font cutouts; Kvilda municipality, 2008. “The gravestones of the Kvilda cemetery, destroyed in 1978, were returned to this place of remembrance in an effort to reconcile with the past.” 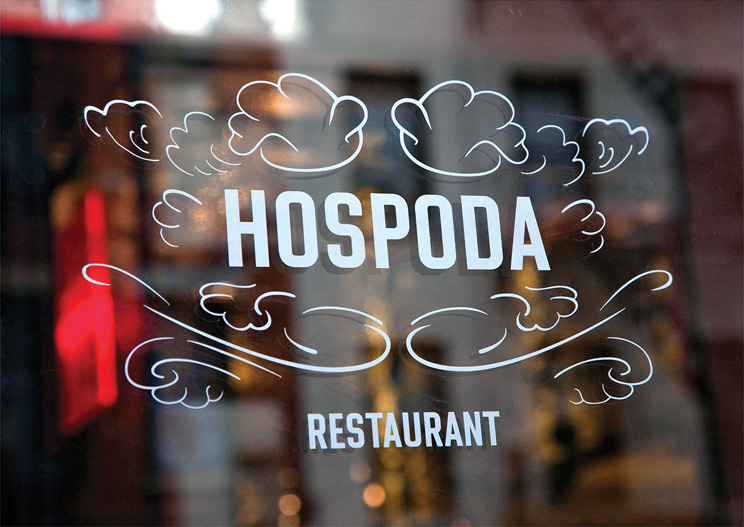 The graphic style of the “Hospoda” restaurant in New York uses ornaments based on wall drawings created by contemporary Czech artist Jakub Matuška.The connection of the font Vafle condensed and carved under lighted drawings inspired by dining and beer drinking. Design by Zuzana Lednická, Studio Najbrt; 2011. 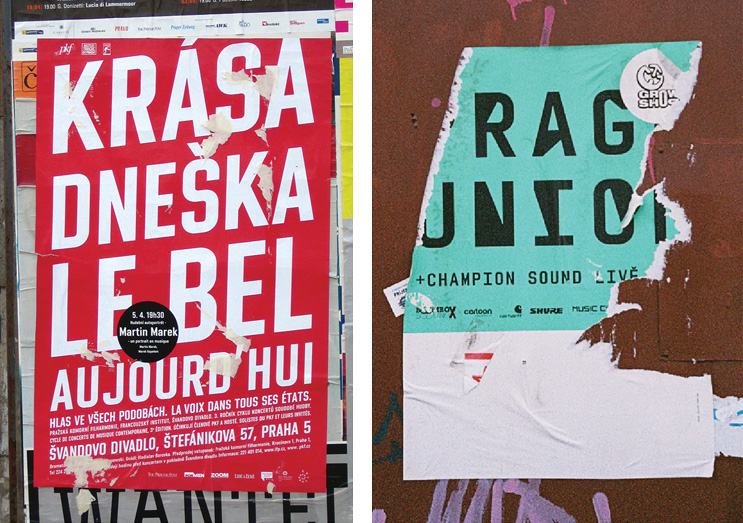 Vafle is a universal typeface which you can often find on posters in Prague. A series of posters for the Beauty of Today theatre performance, designed by Belavenir Design Studio; 2004–2010.