The Prkno original type project para­phrases the theme of a popular DIY television series, broadcast for many years by Czech Television under the name of “Recipes not only for Sundays”. Prkno was made by breaking wooden vegetable boxes, gluing the pieces together, then photographing and scanning them, with no further adjustments. Each letter measured approximately 30 centimetres, and the first implementation outlined an article “how to make bags from washed milk sachets”. This was, incidentally, one of the many recipes that viewers sent to the television series on a regular basis.

The Prkno characters are most reminiscent of legendary Czech folk creativity. The result is a lively and bodily typeface, guaranteed to get your attention. Prkno will be at home in large to huge sizes and short texts, but it covers all sorts of world languages and allows you to design at least a whole punk poster with it.

“Just a comment on the font sub-title, that is, the Prkno Exposure font - this is due to the fact that the font was three dimensional, so when illuminated by a torch for example, an otherwise relatively legible font became completely illegible. The paradox then was that light didn’t aid in reading, to the contrary! Long shadows drew all sorts of weird long pictures and shapes of all kinds of strange creatures.” 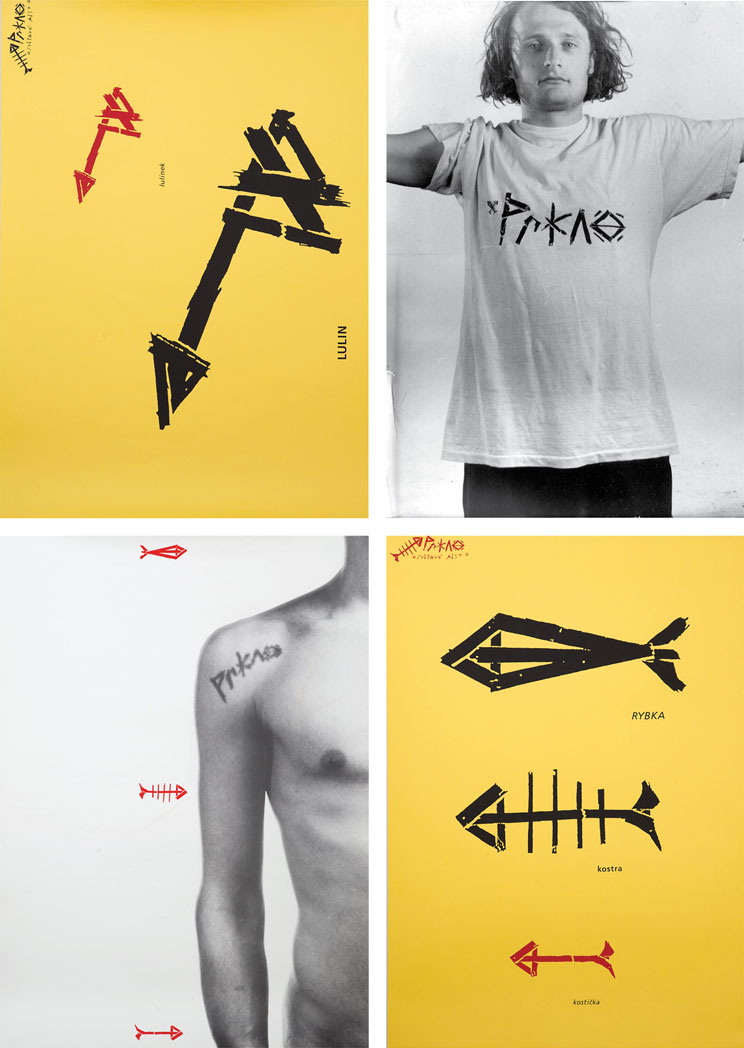 A posters presenting Prkno; designed by Petr Babák; 1992. “Those fonts are primarily about joy and about not limiting oneself to anything, and about not being afraid to risk it, even though others may laugh at you. That’s the essence.” 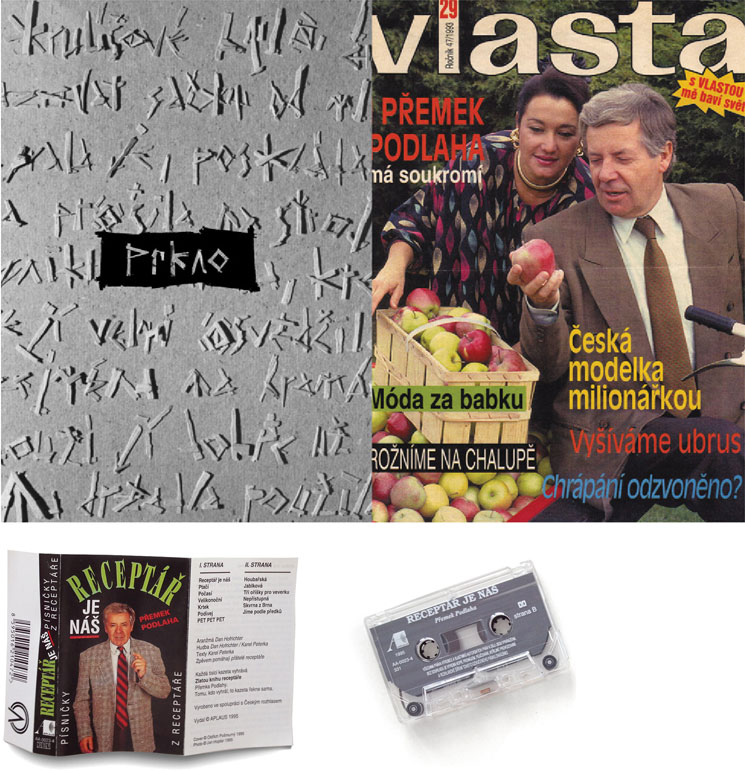 The Prkno exposure font project was inspired by the ingenious inventiveness of fans of the “Recipes” DIY television programme, who, in turn inspired by the programme host, perform numbers of incredible DIY feats (a beer cap doormat, for example). 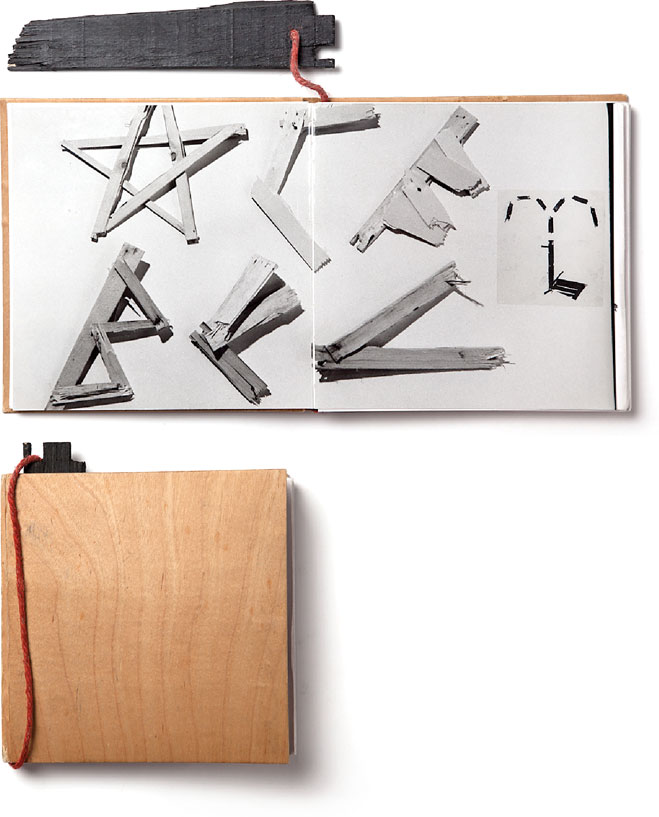 The manual for the Prkno font, school project; designed by Petr Babák, 60 pages; 1992. 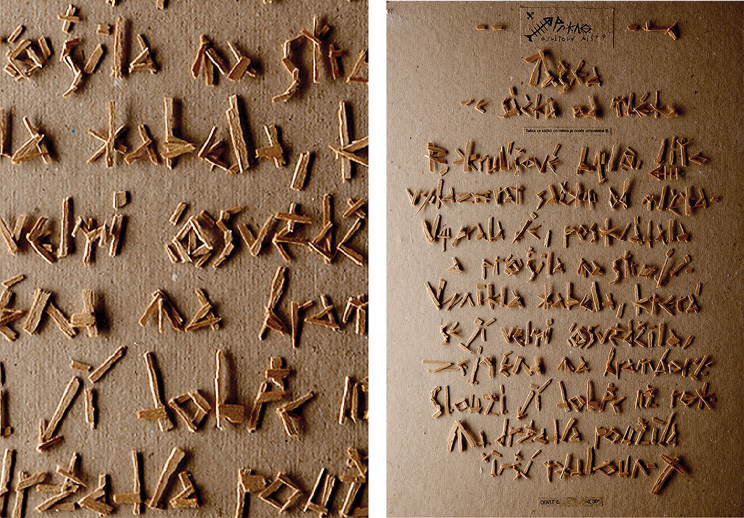 Prkno – the “exposed” typeface. Changing the angle of the light source used to expose the letters created shad­ows below them. The installation included a lamp. From certain angles the text was legible, but from others the result was merely a collection of “images”. 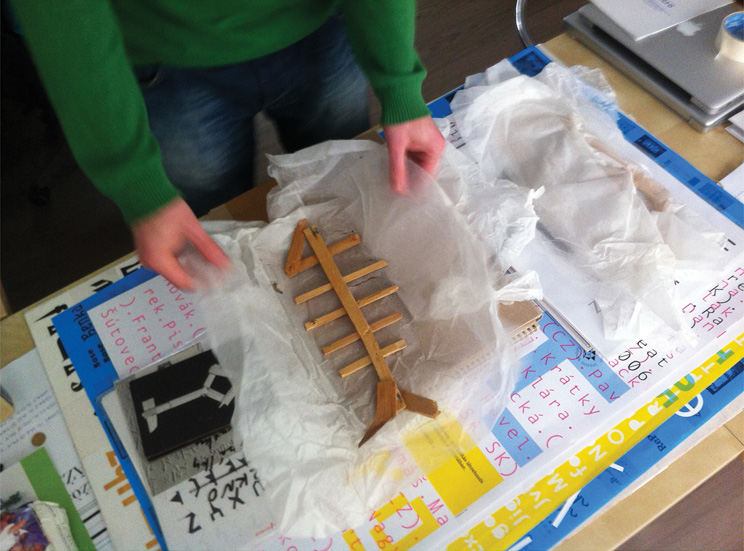 The original “fish letter” of the Prkno font, created by nailing together pieces of found vegetable boxes. Dimensions 426x153 mm. 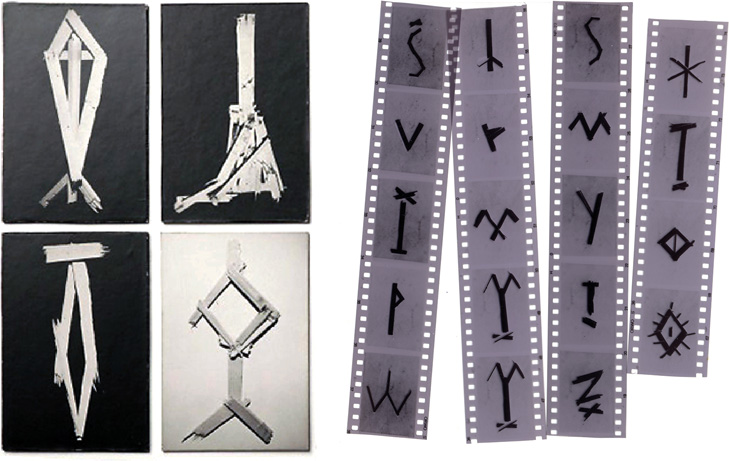 Photos and negatives of the Prkno font; designed by Petr Babák, 1992.